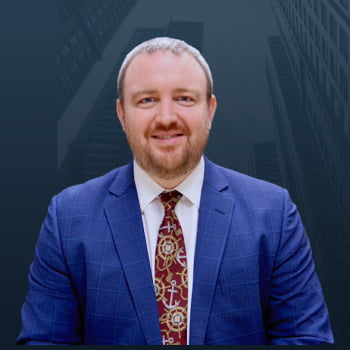 Jason joined the firm in 2021 as a legal intern in tax controversy. Jason first moved to Maryland with the United States Air Force while working in military intelligence at Ft. Meade. After leaving the military, Jason lived in Europe and traveled all over the continent, adding a little bit of German, French, Spanish, and Italian to his Arabic and Farsi language skills. After trying all the good beer, Jason moved to England, where he developed an appreciation for tea.Jason returned to Maryland to attend the University of Maryland’s Carey School of Law to pursue his dreams of becoming a lawyer. Jason has completed a judicial internship at the Maryland Court of Special Appeals, and has tried his hand at insurance defense and personal injury as a law clerk in Florida. In his free time, you can find Jason doing legal research or playing outside with his children.